Photo by Clay Banks on Unsplash

PBB Media puts out a fab podcast, Pregnancy, Birth and Beyond and in this episode they speak with Dr Melanie Jackson, also lovingly known as Melanie the Midwife, on the latest in Australian Homebirth Research, continuity of maternity care and also, why women choose to birth outside the system.
The maternal and perinatal outcomes by planned place of birth in Australia 2000 – 2012 study can be found here.
Listen to "The latest Australian Research on Homebirth with Dr Melanie Jackson" on Spreaker.

There is a wealth of quality evidence from around the world and right here in Australia supporting the safety of planned, assisted homebirth. Below we will outline some of this research as it pertains to Australian women accessing care in Australia today.

The most recent piece of research on homebirth (Reitsma et al., 2020) was a meta-analysis of 16 studies providing data on 500,000 planned homebirths. The study reported that among low-risk women, those intending to birth at home experienced fewer birth interventions and untoward maternal outcomes.
They found no reported maternal deaths and women intending to give birth at home compared to hospital were less likely to experience: Pooled results for post partum haemorrhage showed that women intending home births were either less likely or did not differ from those intending hospital birth. In another meta-analysis (Scarf et al., 2018), no differences were observed in infant mortality rates, but women planning to birth at home were significantly less likely to experience severe perineal trauma or haemmorhage, and significantly more likely to experience a vaginal birth, compared to women planning to birth in a birth centre or hospital setting.

The above studies only considered low-risk women planning to birth at home, but Davies-Tuck and others (2018) compared outcomes of both low and high-risk women planning a home vs. hospital birth. Regardless of risk status, it was reported that planned homebirth was associated with significantly higher rates of spontaneous vaginal birth, significantly lower rates of all obstetric interventions and significantly lower perinatal and maternal morbidities. For high risk women, rates of perinatal mortality were higher for women planning to birth at home than in hospital (9.3/1000 vs. 3.5/1000), though both maternal and perinatal morbidities were less. For low risk women, there were no statistical differences in perinatal mortality rates between planned home vs. hospital birth.

​In a large scale study of 5000 women planning a homebirth in the US and Canada, researchers found that outcomes for mothers and babies were the same as for low-risk mothers giving birth in hospitals, but with a fraction of the interventions. Planned home birth for low risk women using certified professional midwives is associated with lower rates of medical intervention, but with similar rates of mortality for newborn babies and mothers during birth to that of low risk hospital births.

The largest study on the safety of home birth that has ever been done was published in 2009. They analysed the births of all low risk women in the Netherlands (529,688) who delivered between Jan 1, 2000 and Dec 31, 2006. This study shows that planning a home birth does not increase the risks of perinatal mortality and severe perinatal morbidity among low-risk women, provided the maternity care system facilitates this choice through the availability of well-trained midwives and through a good transportation and referral system.

The Cochrane Collaboration, the largest and most reputable collection of evidence-based medicine reviews in the world, also recently published ground breaking evidence comparing midwifery-led care compared to other models of care (obstetric, general practitioner and shared care). The review of midwife-led care covered midwives providing care antenatally, during labour and postnatally. This was compared with models of medical-led care and shared care, and identified 11 trials involving a total of 12,276 women. Midwife-led care was associated with several benefits for mothers and babies, and had no identified adverse effects. Benefits for women in the midwife-led care include: ​There were also:
Overall there was no difference in the numbers of babies dying – though fewer appeared to die before 24 weeks under midwife care. None of the other major complications of pregnancy and birth were any different.
The recommendation of the reviewers was unequivocal: All women should be offered midwife-led models of care and women should be encouraged to ask for this option. 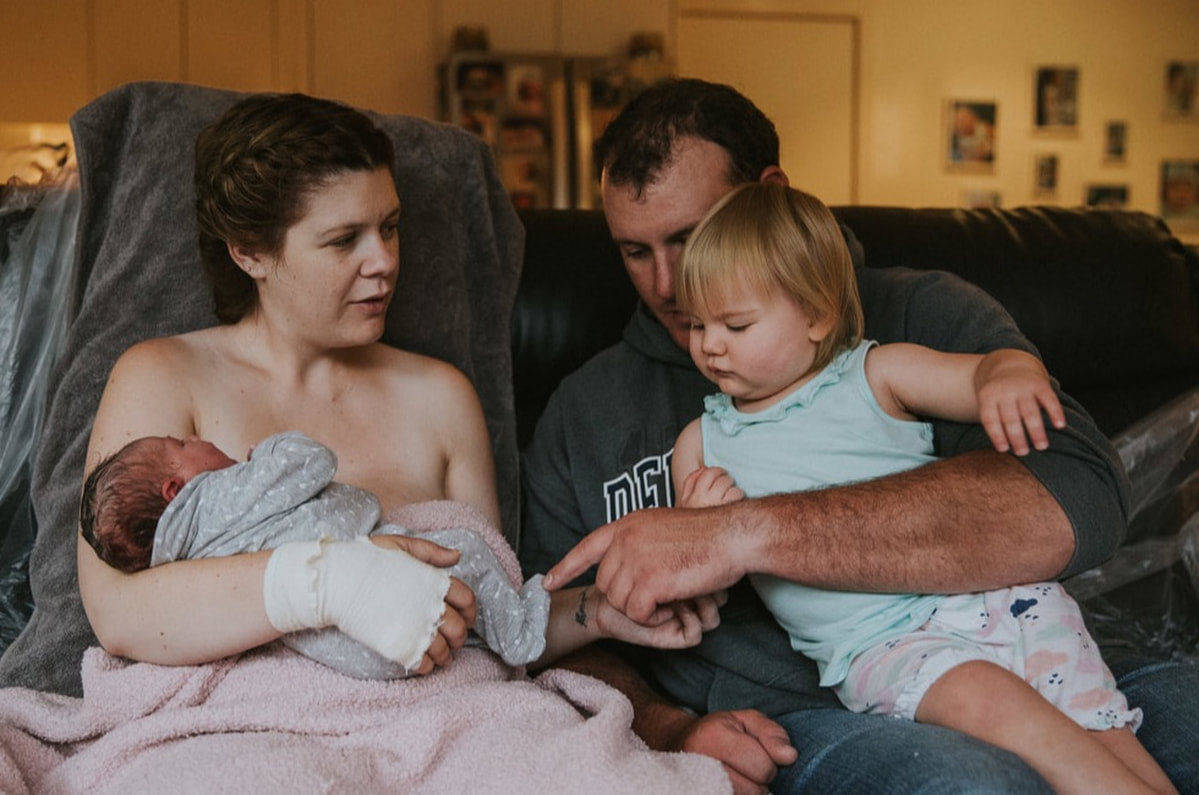 IMAGE CREDIT: TARA MAHONEY
Some people worry about what would happen should the mother or baby suddenly require medical assistance. Although there can be no guaranteed outcomes in any birth, the protective features of homebirth are linked to non-interference with the woman’s natural birthing processes. Midwives who facilitate homebirth are educated and experienced in assessing the wellness of mother and baby throughout the continuum of perinatal care.

Midwives use the Referral Guidelines of the Australian College of Midwives to support informed decision making by their clients when it may be necessary for the woman or baby to be seen by, or transferred to the care of, other health professionals or facilities such as obstetricians and hospitals.

The Cochrane review concluded that it was not just women with uncomplicated pregnancies that benefited from midwifery care. The key is continuity of care, recognition of complications and good collaboration with doctors if and when complications eventuate.
LINKS TO FURTHER RESEARCH
POSITION STATEMENTS
Australian College of Midwives (ACM) Planned Homebirth Position Statement 2019